Whiplash is a relatively common injury that occurs to a person’s neck following a sudden acceleration-deceleration force, most commonly from motor vehicle accidents. The term “whiplash” was first used in 1928. The term “railway spine” was used to describe a similar condition that was common in persons involved in train accidents prior to 1928.

Whiplash is most commonly caused by a motor vehicle accident in which the car the person is riding in is not moving, and is struck from a vehicle from behind without notice. It is commonly thought the rear impact causes the head and neck to be forced into hyperextension as the seat pushes the person’s torso forward – and the unrestrained head and neck fall backwards. After a short delay the head and neck then recover and are thrown into a hyper-flexed position. 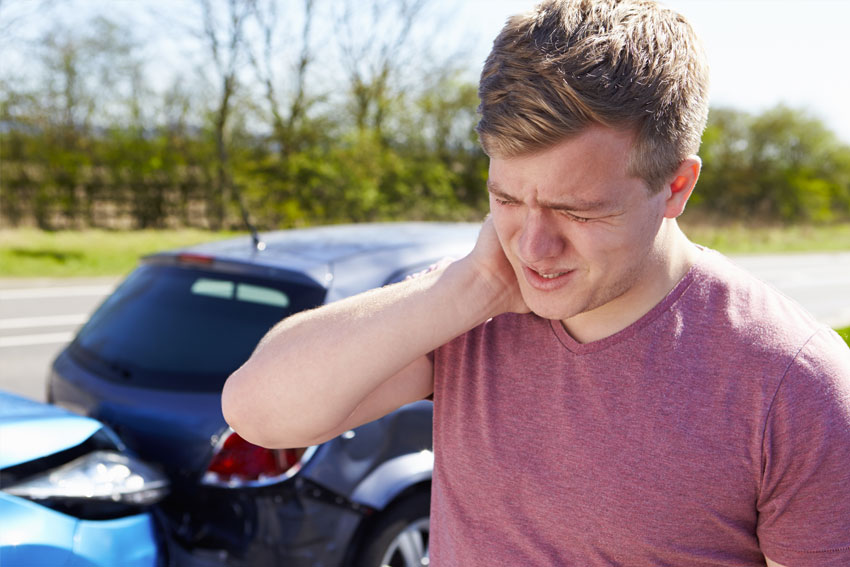 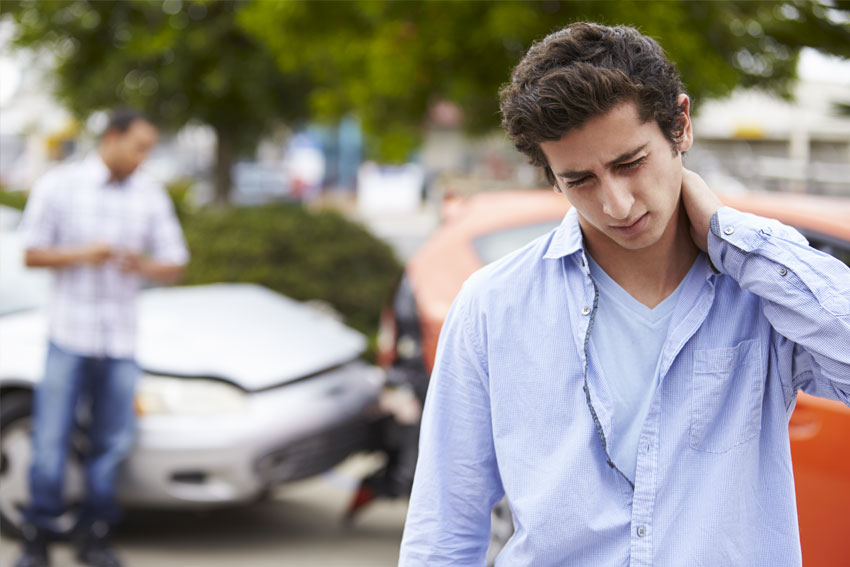 What are the symptoms of whiplash?

The following are the most common symptoms of whiplash. However, each individual may experience symptoms differently.

The biggest danger with whiplash injuries is that the symptoms can take years to develop. Too often people don’t seek treatment until more serious complications develop. Even after whiplash victims settle their insurance claims, some 45% report they still suffer with symptoms two years later.

In the past, a typical whiplash injury, where no bones were broken, was hard to document. Soft tissue injury didn’t show up on normal x-rays/radiographs, and insurance companies would deny coverage. Literally adding insult to injury, the patient suffering all too real pain was considered to be a fraud, a liar, or at best a hypochondriac. New imaging devices (CAT Scans, Magnetic Imaging, and Ultrasound) are now able to show soft tissue injury and insurance companies cover most whiplash injuries. When no bones are broken and the head doesn’t strike the windshield, typical symptoms are as follows: 62% to 98% complain of neck pain, which typically starts two hours up to two days after the accident. This is often the result of tightened muscles that react to either muscle tears or excessive movement of joints from ligament damage. The muscles tighten in an effort to splint and support the head, limiting the excessive movement.

Pain in the neck, shoulders, head or the base of the skull that occurs after a motor vehicle accident is often called “whiplash.” Most patients with whiplash recover in a few weeks or at most, a few months, but 15 to 20% of people develop chronic pain. Whiplash is not a trivial problem, because once it has occurred, only 70% have recovered completely by one year and only 82% have recovered completely by two years. In addition to neck pain, there are many symptoms associated with the whiplash syndrome and include sleep problems, poor concentration and memory, blurry vision, ringing in the ears, fatigue, and weakness.

The treatment for whiplash syndrome depends on the stage and degree of the problem and which structures have been injured. In addition to soft tissue injury, pain that persists after four to six months is usually due to injury to the facet joints, one or more discs, or both. The diagnosis can usually be made by injections, MRI, and X-rays. Treatment is usually successful, but requires specific chiropractic adjustment, decompression, massage therapy, physical therapy, in some cases injections, and occasionally surgery.